The building is located on a T-intersection called Pinart, between Isfahan and Khorasgan. The project site used to be a garden but it has been constructed to become an office-commercial building. The facade design faced a few restrictions (such as not being allowed to exceed more than 60% of the facade surface for brick coverage as well as restrictions on the use of particular materials) due to its location on the main street. The facade design was based on the idea that it could cause the openings to block the view from the street into the project and to have a view of the surrounding gardens near the Zayandehrood River and Mount Sofah. 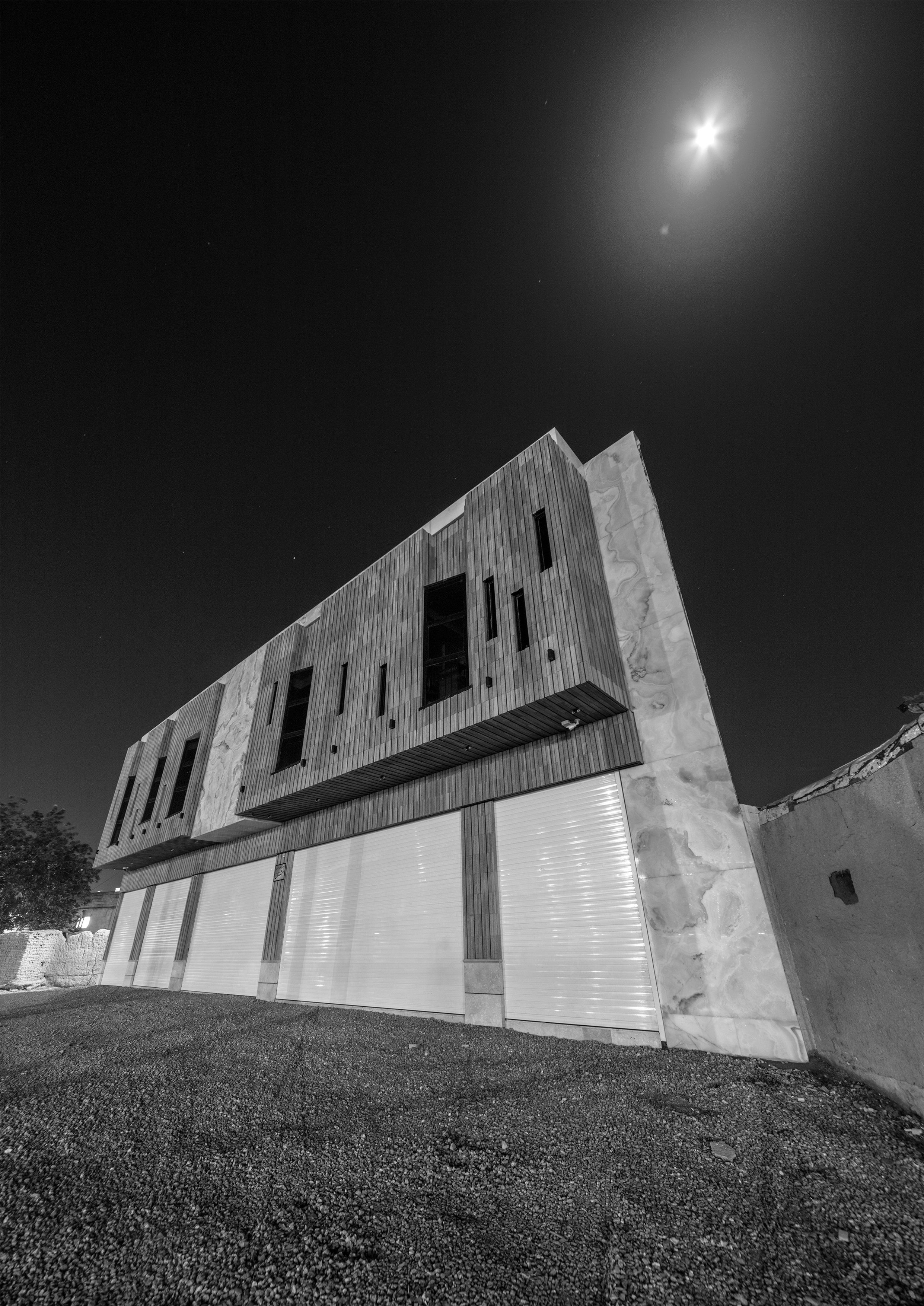 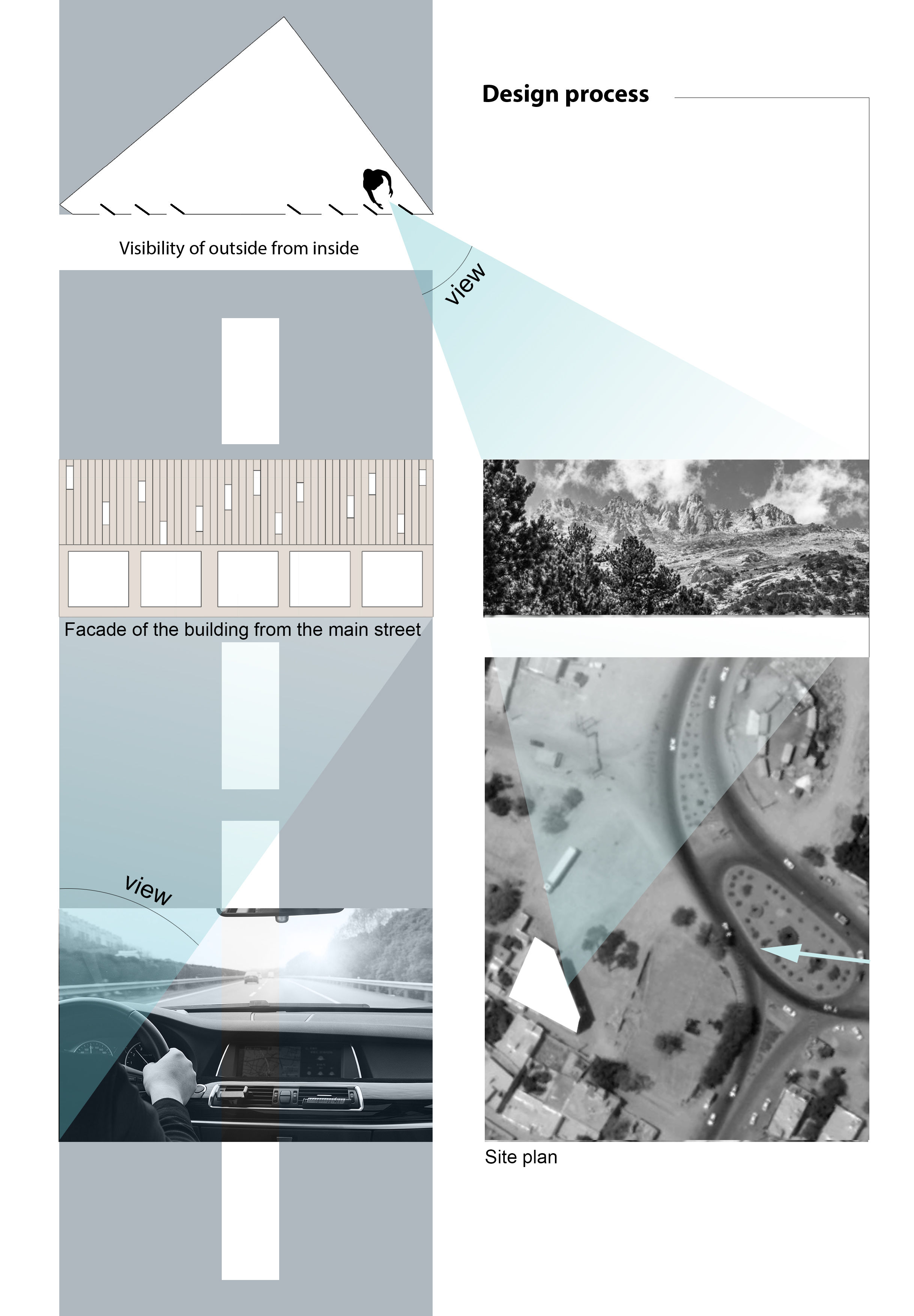 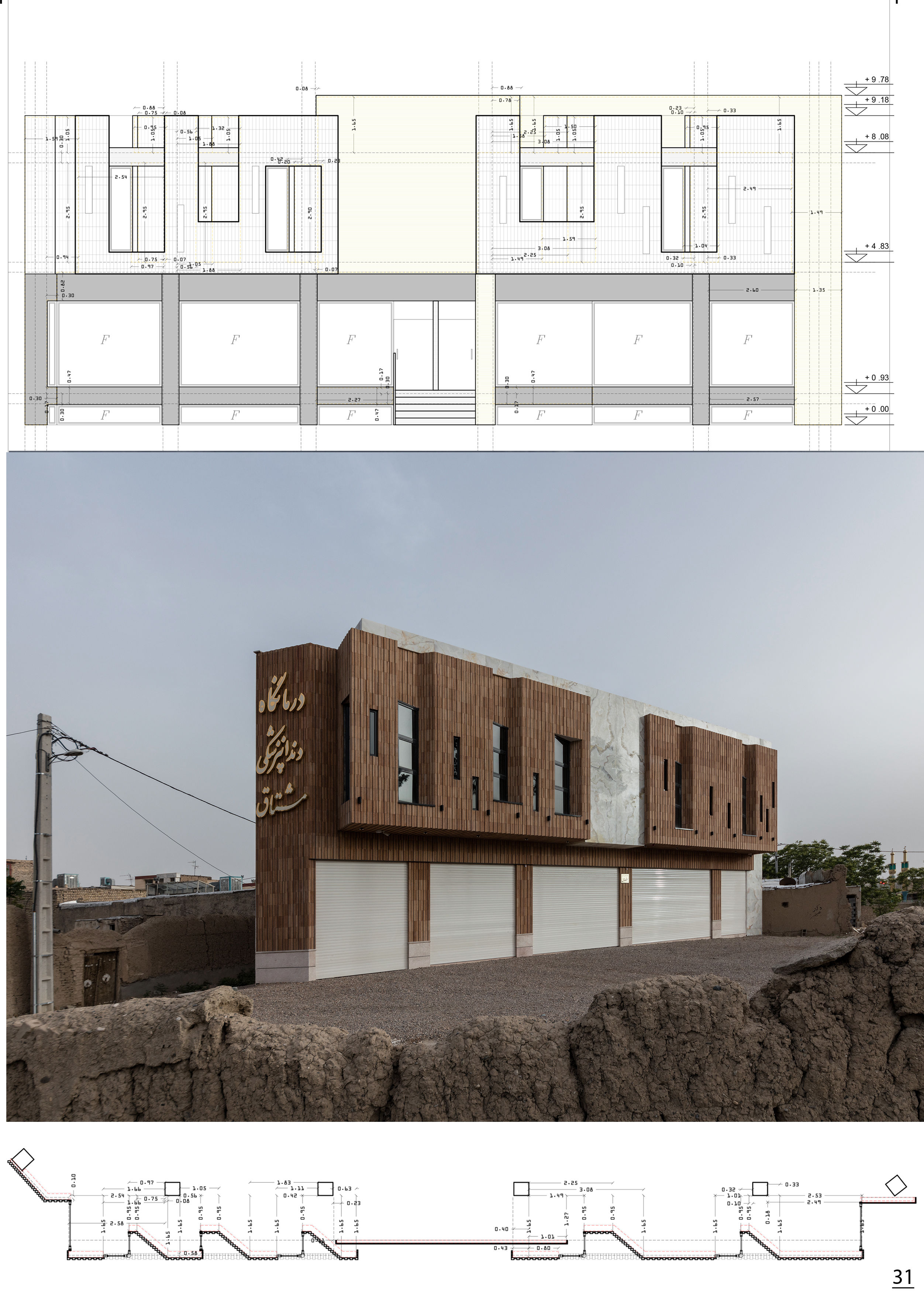