Qazvin province has 200 respected missing martyrs for whom no memorial or monument was ever built. Therefore, the families or relatives of these loved ones do not even have a symbolic grave stone for their martyrs to whisper to them. The site of the design of memorial area for these martyrs was in Qazvin martyrs' cemetery, so as to indicate the missing martyrs, as well as creating a good place for pilgrimage and remembrance of the sacrifices the martyrs made unswervingly.

In the design, some columns were used, each symbolizing 1 soldier with a total number of 200 columns. The bottom half of the columns are in water, which is a symbol of the cleanliness and purity of the martyrs, and the upper halves, which are completely levitated and detached from the lower part, is a symbol of spiritual freedom indicating the concept of martyrdom. At the bottom of the columns, mirrors are installed that help the daylight to reflect the sun's brightness and rays resulting in the space to be especially illuminated (a symbol of divine power). In the center of the space, there is a two-way arch created from a change in the height of the columns through which people can pass.

The surrounding columns symbolize soldiers that are rising in honor of the 200 martyrs. Each column is a symbol of a soldier, which illustrates the concept of martyrdom through its liberation and detachment from the earth. 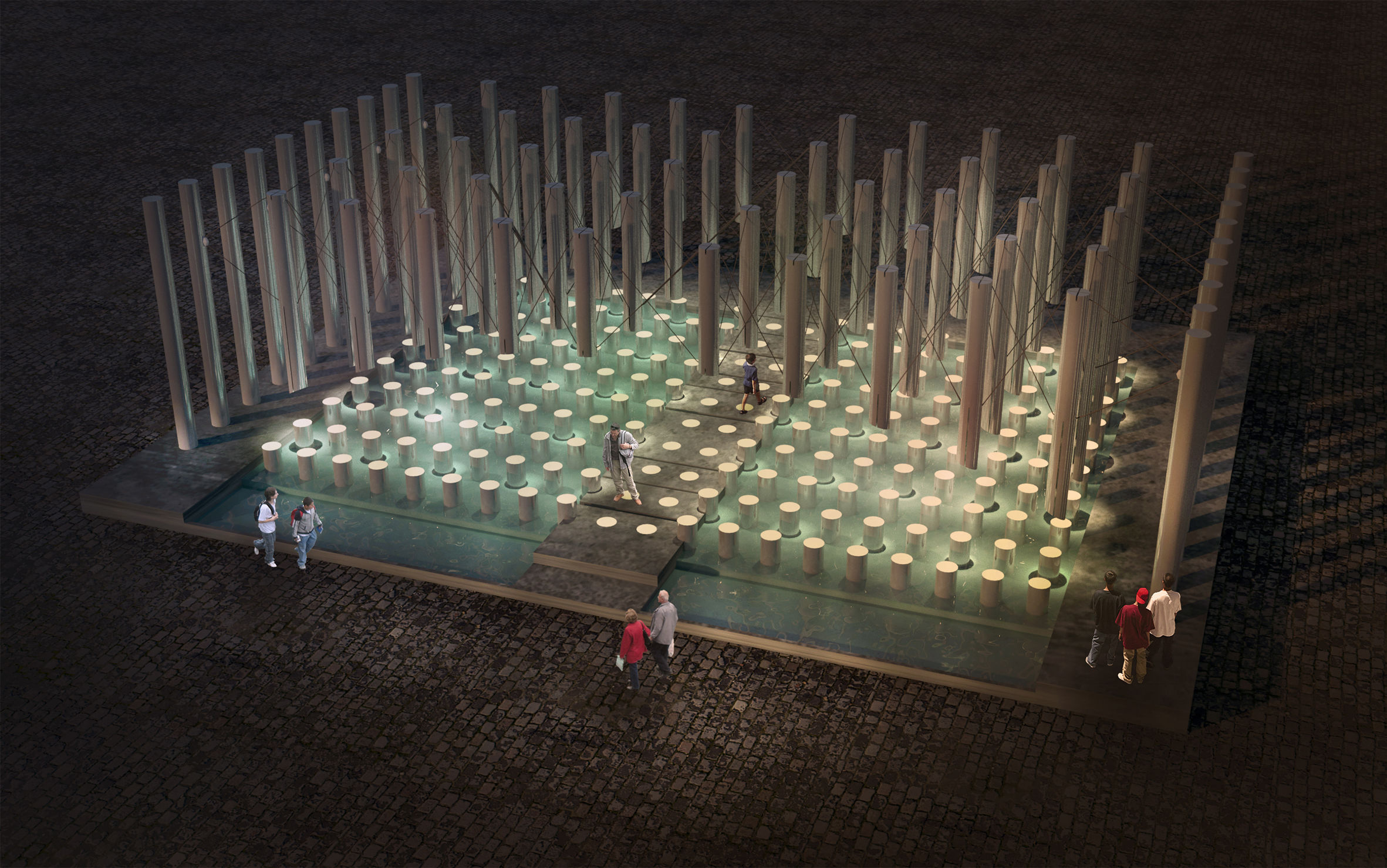 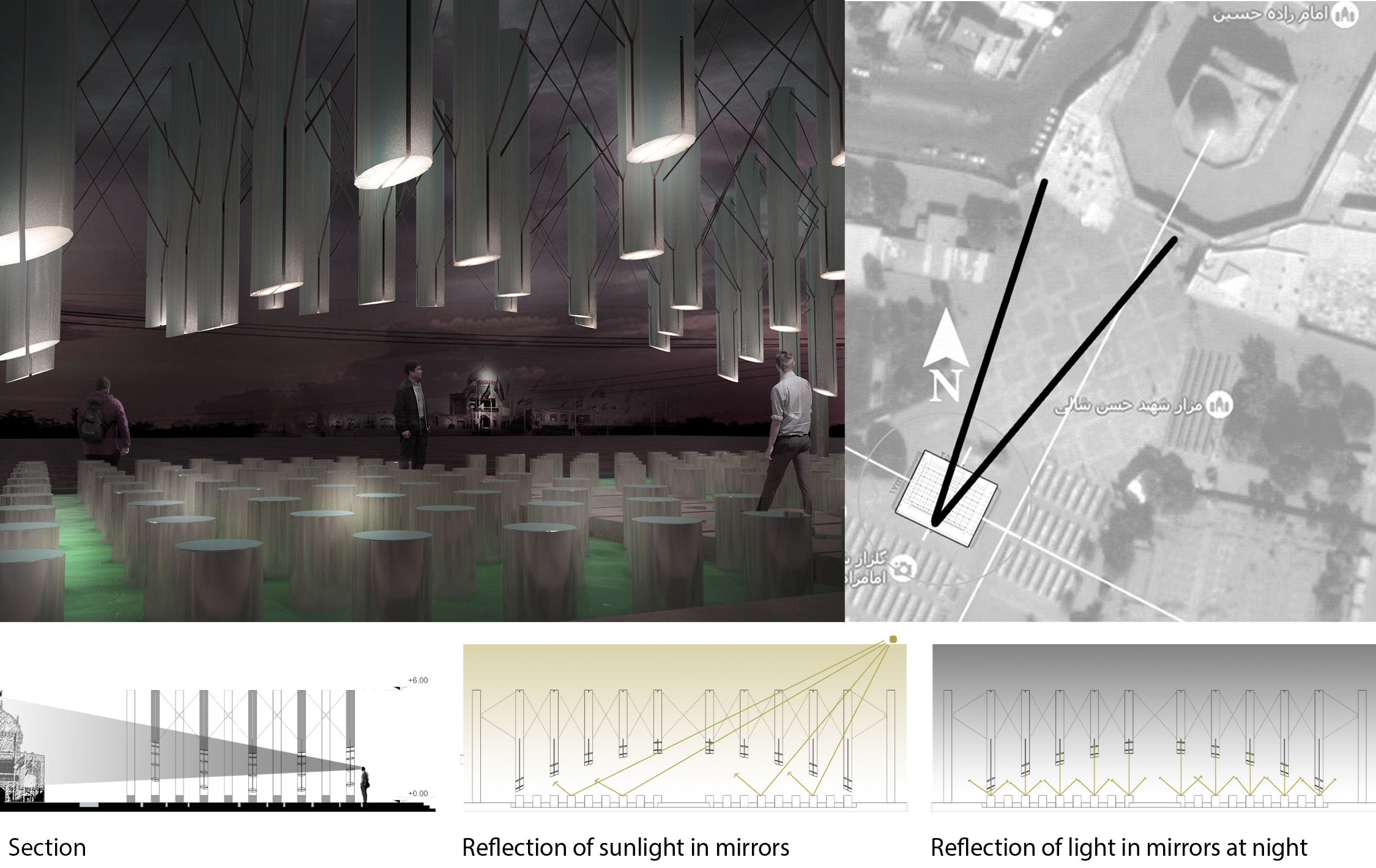 The remaining parts of the columns in the water represent the bodies of the missing martyrs who lie in peace under the cleanliness and purity of water.